At the bottom of the Lawe Street hill a bridge leads south, across the Fox River, to the Grand Chute Island (now known as North Island).  The North Island is home to a historical hydroelectric jewel—the Vulcan Replica. The Vulcan Replica was built for the 50th Anniversary of hydroelectric power in Appleton in 1932.  The Replica is historic in its own right having been built 88 years ago.  The purpose of the Replica was to the share and celebrate the wonders of hydroelectric power and its heritage in Appleton. 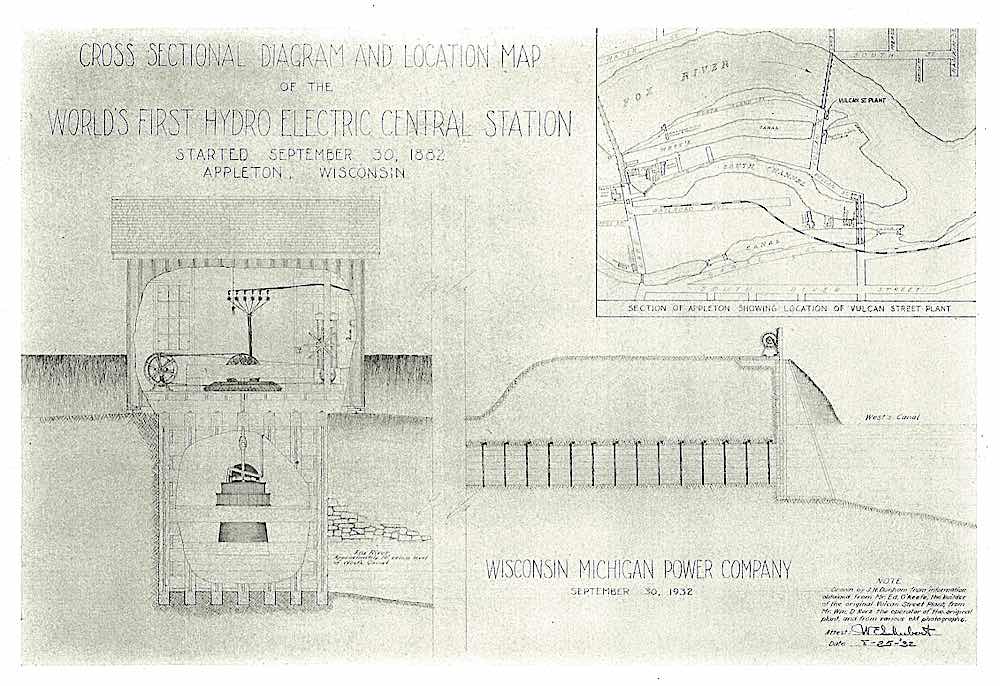 Appleton boasts the first hydroelectrically lit home, now known as Hearthstone, lit up on September 30th 1882.  The home was owned by Henry and Cremora Rogers.  Henry lead the effort to bring the Edison K dynamo to Appleton.  He lit up two mills along with his home on the bluff with the first dynamo with 12.5 Kilowatts of power.  The Vulcan station was located inside of the Appleton Paper and Pulp Mill beater room (the mill foundation still stands at Vulcan Park on Water Street) and then moved to an exterior lean to shed, where they could better control the water flow, thus control the power.   A second hydroelectric central station, running an Edison K dynamo, followed with operations beginning on November 25th, 1882 on the North Island.  This station served several mills and 5 homes including the A. L Smith and H.D. Smith homes.  By 1883, Appleton had the first hydro-electrically lit Hotel, the Waverly House and by 1885 the two dynamos provided power to 39 buildings.

The Vulcan Replica was originally located on 807 S. Olde Oneida Street.  On Friday September 30th, 1932 the public was invited to a celebration of hydroelectric power that included music, and an address by Mayor John W. Goodland and F. J. Sensenbrenner.  The Vulcan Replica Plant was opened and dedicated with the presentation of William Kurz, Edward O’keefe, and Al Langstadt.  William Kurz was the superintendent of the first Vulcan plant, Edward O’Keefe installed the water wheel in the first plant, and Al Langstadt ran the utility.  William Kurz on September 29th, 1932 reminisced about the first spark of light “when the carbon got a little red, we were happy as boys with rubber boots, we shouted: we got the light, we got the light!!”  The Wisconsin Michigan Power Company sponsored the events of the day, their roots in the original Appleton Edison Light Company. 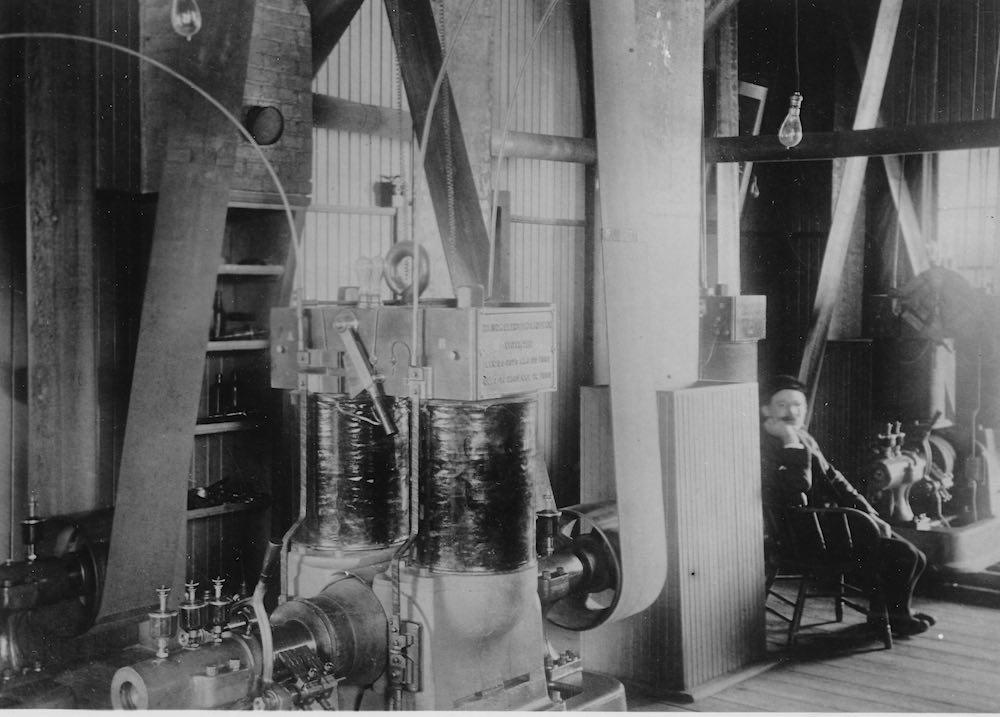 The Vulcan Replica was modeled after the second station and now stands about 20 feet away from the original location of the second station at 530 S. Vulcan Street.  It was moved to that location by the City of Appleton in 1986.  Appleton Historical Society, in partnership with the City of Appleton, opens the Vulcan Replica to the public.  It is amazing the see the Edison K dynamo and replica water wheel; that in conjunction with the leather belts, created electricity from the water power of the Fox.